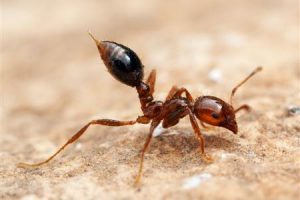 Fire Ant Control, LLC, provides the most effective and affordable fire ant solution for homes and businesses in Arcadia, Florida, and beyond. Our services are fully licensed and insured, and guaranteed to help protect your property for four months at a time or your money back.

Outside of calling licensed pest management professionals like Fire Ant Control, there is no “best way” to kill destructive fire ants. The key to controlling them is to identify them quickly and take action to minimize the damage they cause to humans, animals and property.

Red imported fire ants (Solenopsis invicta) are the worst of all fire ant species because they reproduce rapidly, do extensive damage, and are more aggressive than other species.

They are a well-known pest throughout the southeastern United States, infesting crops in southern states and spreading westward into California and northward along the east coast.

Here are several interesting facts about these detested troublemakers:

About Our Proven Treatment

Fire Ant Control, LLC’s proven fire ant treatment focuses on sterilizing the queen. Extermination is not instantaneous but, once the worker ants have eaten the potent granular bait and carried it down into the colony, sterilizing the queen, the entire colony will disappear, and no new ants will be born.

We’re so confident our treatment works, we guarantee that it will rid your residential, commercial or agricultural property of 85-95% of your fire ants for four months at a time, or your money back.

When you’re ready to keep red imported fire ants from damaging your Arcadia property or harming your family, friends and pets, give Fire Ant Control, LLC, a call today at (239) 312-8200 for a free estimate!