The only surefire way to control the fire ant population on your Haines City, FL property is to hire Fire Ant Control, LLC, for treatment that works well and to reschedule additional treatments every four months. 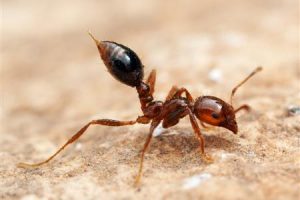 After identifying the presence of red imported fire ants, take quick action to manage the population before they cause extensive damage and injury.

If a red imported fire ant has bitten you, you’ve likely been bitten by a swarm. They attack collectively and emit a unique venom that causes a hard blister with a white center and even anaphylaxis in some victims.

Here at Fire Ant Control, LLC, we provide a money-back guarantee for clients who reschedule service every four months without an 85-95% reduction of fire ants. Our service is appropriate for private and public lands, has been approved for use around animals and people, and requires no wait time before re-entry.

Haines City lies six miles south of Interstate 4, the primary highway in central Florida. This interstate highway leads to Ontario to the east and Lakeland to the west.

The humidity, warmth, and sun exposure of Haines City manifest an ideal haven for red imported fire ants. These ants will colonize practically any location – including pastures, parks, meadows, lawns, golf courses, and pretty much any other location. When they set up their nests, pain and damage will soon follow.

A proven fire ant control method comes from Fire Ant Control, LLC. We utilize a strong bait that resembles food to the fire ants, and this bait decimates the red imported fire ant population from the inside.

When the bait is taken down into the colony, it behaves as a Trojan Horse. The queen consumes the bait and becomes sterile. As existing ants die, the colony’s population dwindles to nothing, with no fire ants to replace them.

Our methods work better than sprays and chemical insecticides. These agents target surface ants and leave the mound to reproduce, and the chemicals can be dangerous.

Red imported fire ants are mobile. They fly to mate and drop down to create new colonies. They’ll also hitch a ride on animals and within crates of crops. For this reason, our treatment needs to be repeated three times per year to help avoid recolonization.

Fire Ant Control, LLC provides guaranteed management of fire ant populations. In Haines City, FL, fire ant control and treatment should be prompt and consistent. Learn more about our processes by calling (239) 312-8200 or reaching out online to set up a consultation.