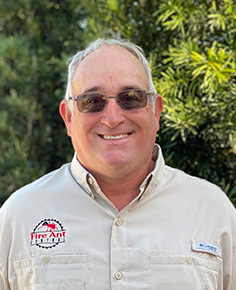 John moved from Philadelphia where he was born and raised in 1989. From 1997 to 2015 he was active on duty in the Army National Guard. He joined Pete and Lora as Fire Ants Control’s first official employee in 2015. John has 3 children and 1 grandchild.

When not running around having fun killing fire ants, John stays busy with plenty of hobbies. He tinkers with old cars, plays airsoft with his sons, and tends to his aquaponics system.